Scientists are now fighting against observing an experimental battle against the coronavirus, which focuses on Herd Immunity that will let the young population back to the public and returning to normal situations. The Great Barrington Declaration aims to drop the lockdown and allow the society back into the streets, hoping that immunization will develop on each body. 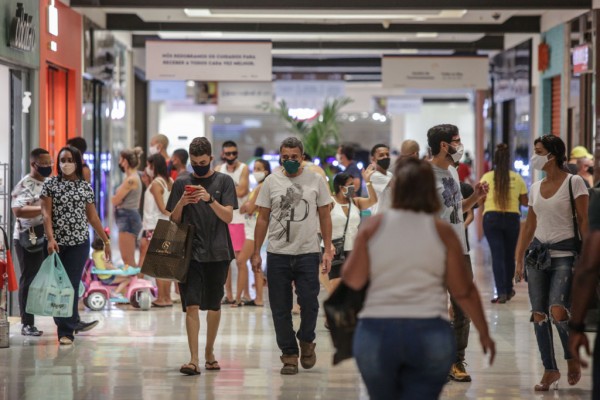 (Photo : (Photo by Andre Coelho/Getty Images))
RIO DE JANEIRO, BRAZIL – JUNE 11: Customers crowd one of the main aisles at the Nova America shopping mall on June 11 2020 in Rio de Janeiro, Brazil. The mayor of Rio de Janeiro, Marcelo Crivella announced that shopping malls could reopen with restrictions. The decision came after a meeting with the Scientific Committee of the City Hall and representatives of 32 malls

Professors from Massachusetts, California, and one from the United Kingdom’s Oxford recently signed the Great Barrington Declaration that focuses on the world’s response against the on-going global pandemic. The declaration would not do any scientific response, rather, a reopening of society.

Read Also: Having A Hard Time Wearing Face Masks? Here’s How to Prevent Your Glasses From Fogging Up

Scientists immediately posted a response on The Lancet that goes against the declaration that allows the public to reintegrate themselves back to society. Researchers, medical experts, and scientists believe that “herd immunity” is not the answer against the coronavirus’s ensuing battle. 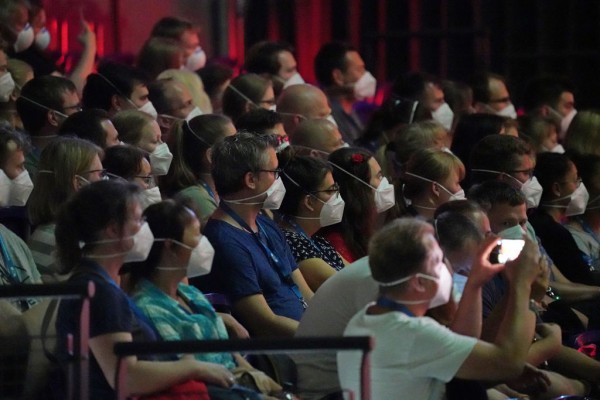 (Photo : (Photo by Sean Gallup/Getty Images))
LEIPZIG, GERMANY – AUGUST 22: Participants wearing FFP2 protective face masks watch singer Tim Bendzko perform in the RESTART-19 Covid transmission risk assessment study in a concert setting at an indoor arena during the coronavirus pandemic on August 22, 2020 in Leipzig, Germany. The study, organized by the University Hospital of Halle (Saale), simulates a live concert venue with several thousand audience members in three different scenarios in order to develop risk reduction measures for large events. Participants wear tracer devices to track their movements and sensors measure aerosol currents in the arena. All participants had to undergo a Covid-19 test within the last 48 hours and test negative in order to take part.

According to the scientists, the Great Barrington Declaration would not do any good for the public and might even increase the massive death toll and positive global pandemic cases. The SARS-CoV-2 virus, or COVID-19, is a deadly respiratory virus that can still endanger people’s lives, even the young population.

The journal posted on The Lancet even goes as far as calling the declaration as a “dangerous fallacy unsupported by scientific evidence.” Herd immunity strategy increases the risk and threat against human health, more than its intention of protecting and ending the pandemic.

The Great Barrington Declaration: What is It? Is it Legit?

According to The Guardian, the “Great Barrington Declaration” is the plan that would revolutionize and ramp up the immunization process by letting people catch the virus and heal from it, all on their own. However, only those who are young would be allowed back to relieve normal situations.

The declaration mostly focuses on the so-called “herd immunity,” where a specific group would be immune from a certain disease by just living amongst each other and letting their body adapt independently. The “vulnerable” would be prohibited and discouraged from going outside.

Lockdown restrictions on public gatherings and presence would be somehow lifted with the declaration, only for those who are healthy and have a good immune system. The declaration even stated that the world’s population would “eventually” reach herd immunity and heal independently. 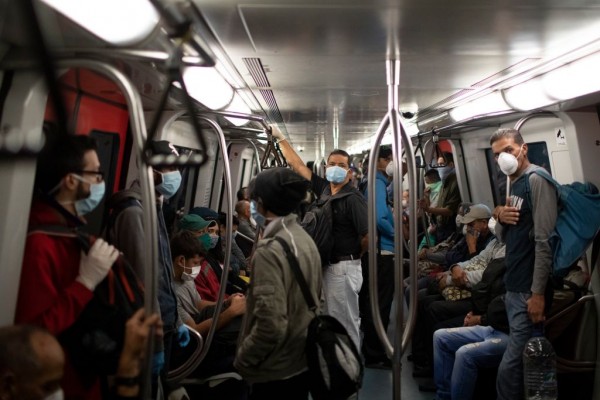 (Photo : (Photo by Leonardo Fernandez Viloria/Getty Images))
CARACAS, VENEZUELA – MARCH 16: People wear masks to be able to travel in the Caracas Metro as a mandatory security measure decreed by the National Executive on the 1st day of the city closure during the Quarantine in the capital city due to the arrival of the COVID-19 virus decreed by Nicolás Maduro in the national network on March 16, 2020 in Caracas, Venezuela. Caracas and six states are under quarantine. Government had previously banned flights to and from Europe, Colombia, Panama and the Dominican Republic. Venezuela confirmed 17 cases but reported no deaths. It’s devastated public health system raises the international alarm about whether Maduro’s government is in a position to control the spread. Use of protective masks is mandatory in subways and trains.

The Mayo Clinic details the dangers and threats that herd immunity brings to society, further endangering the world on the coronavirus that is still on-going. While this specific type of immunity can help in natural infection and treatment, an equal risk comes with the method.

COVID-19 is still under observation and study from researchers and medical experts globally. The full extent of the virus is still unknown as it still shows signs of mutation and other hidden effects. Scientists are fighting against a virus that is not yet manifesting its true nature, giving them a hard time solving the case.

Herd Immunity is purely experimental and poses no clear advantages to society and the public’s health. All its effects are purely theoretical as the virus would affect each person differently, and one may be worse than the other.

Thu Oct 22 , 2020
Wearing glasses during the ongoing COVID-19 pandemic can be troublesome. If you’re using specs because of your vision or just fashion, surely you have experienced it fogging up when wearing a face mask.(Photo : Photo by Kevin Frayer/Getty Images)A Chinese woman’s glasses fog up while wearing a protective mask at […]

How Can I Save Money When Shopping Online?

Black Friday 2020: Steam’s Autumn Sale Date! Here’s When Will Be the Next One!

SaaS LMS Features That Are A Must Have In 2020